About the owner Todd Hayes 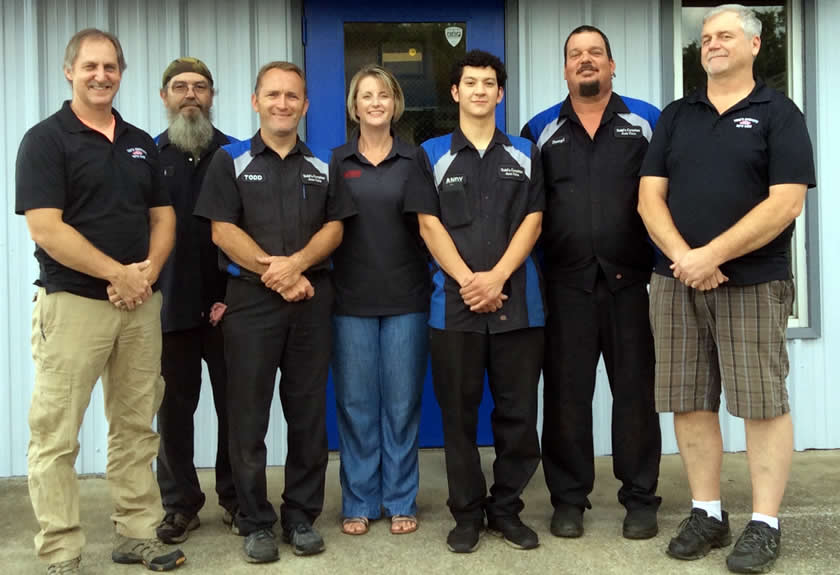 Todd was raised in a family that was well known for their automotive skills. It first started out with his Great Grandfather Allie Freeman Brown (wife – Altie Adel Oren), who owned and operated a local gas station called Brown’s Gas / Service Station on Manchester Hwy (Hwy 41 toward Chattanooga in the 1930’s)or also called the Christiana Route in the Murfreesboro area. Mr. Brown had to shut down the station for a while due to road widening. The station was having to be relocated back off the highway. Mr. Brown passed away in 1936. His wife Altie ran the store front for a few more years after his passing. His wife also continued in the retail field by working at the Charles Store (located at the time on the North side of the square), for 25 years, where Simms is now located. Mr. Brown passed the rule of trade and hard work onto his daughter Allie Mae Brown who later married James Frizzell. Allie Mae worked at McCord and Harris Drugstore on the N. Side of the Murfreesboro Square in the 1940’s. Mr. Frizzell was also known as a man of hard work and took care of his family’s needs. They would travel to different areas of the state as Mr. Frizzell would help establish (constructed) places of work for other husbands to have a job to provide for their families. Not only was car repair in the families blood, but construction work was also. Todd’s grandfather worked for two well- known companies in his time, Martindale Bros. Construction Co, and Perry Construction Co. Mr. Frizzell is known for constructing several buildings at the Pickett State Park, Montgomery Bell State Park, Cavalry Bank Building known as Pinnacle Bank (main branch) off of the Murfreesboro square and others. Mrs. Frizzell can sit and tell you stories of travel and hard work that was put forward for her family to live and the morals that were set for her daughters. Mrs. Frizzell's daughter Dianne Frizzell Hayes worked at the Electric Department until 1974, the youngest daughter Beverly Frizzell Hayes worked at Middle Tennessee Electric & Life of Georgia Insurance Company. Those morals have been passed down to Todd and his brother in the future they have established for themselves and their families.

Hayes Grocery on the corner of Lokey & North Maple was also a business ran by Todd’s Grandfather Marvin E Hayes in the year 1948 with John Hayes. The Hayes’ would travel several 100 miles to Chattanooga and Florida to get produce to stock their shelves for customers. While Mr. Hayes would stock and manage the store his wife Ura Lowe Hayes would deliver the groceries to customers that were unable to get to the market. After the grocery store The Hayes’ moved on to opening up the Rebel Maid Ice Cream Parlor on the corner of Memorial and West College Street (main route to Chattanooga at the time). Todd’s grandmother Allie Mae Brown Frizzell remembers riding the bus several times on this route to get to her destinations. Mr. Hayes then proceeded to work for Avco building airplane components, where he later retired from. Todd’s grandmother Ura Lowe Hayes also worked at Stickney and Griffin Drugstore on the West side of the square in the 1940’s. Mr. & Mrs. Marvin E Hayes then had two sons Robert E Hayes and David R Hayes. Robert (Bob) Hayes father of Todd Hayes worked at the Murfreesboro Water Department, and the local Co-op Car Care Center, then he proceeded to move onto Avco to build airplane wings with his father Marvin Hayes, until Robert retired in Dec. 2006. David Hayes, Todd’s Uncle was a well- known Fire Fighter for the City of Murfreesboro and mechanic. David also served as Captain for the Murfreesboro Fire Department before retiring.

As you read through the history of Todd Hayes and where his family started. You can tell that they are a deep rooted family here in the Murfreesboro area. His extended family has started several businesses in the area and has supported the community in several ways. If not by providing jobs, but also by providing services for the community. So if you want a family owned and operated business that has given and supported the community for years, COME SEE US at Todd’s Complete Auto Care.

You will find out when you give Todd’s Complete Auto Care the opportunity to work on your family vehicles that the knowledge has continued through each generation until it reached Todd and his brother.

Todd and his brother Taylor opened the first location under a different name in December of 2003, in the Readyville area known as Hayes Bros Auto Care, LLC. Which is still a vibrant business serving that side of town. As the business grew, Todd decided to venture out and open another location in Murfreesboro under the name of Todd’s Complete Auto Care. Todd and Taylor still operate Hayes Bros Auto Care in Readyville. Todd’s whole family, from his Great Grandfather – Mr. Brown, his Uncle -David Hayes to his parents, has had a hand in the development of this business. If it wasn’t for the good morals he was raised with, he may not be where he is today. As he has opened into another location he has brought the same great values with him and has made the current location into the success that it is. Todd is married to his wife Cassie and they have one daughter Shelby. They reside in the Murfreesboro area and call this place home. Todd and his wife enjoy showing their Mustangs at local car shows, camping, and spending time with their daughter and families.

"You will find out when you give Todd’s Complete Auto Care the opportunity to work on your family vehicles that the knowledge has continued through each generation until it reached Todd and his brother." 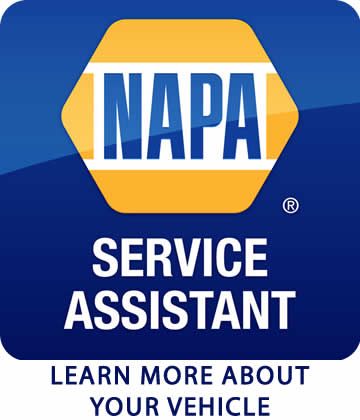